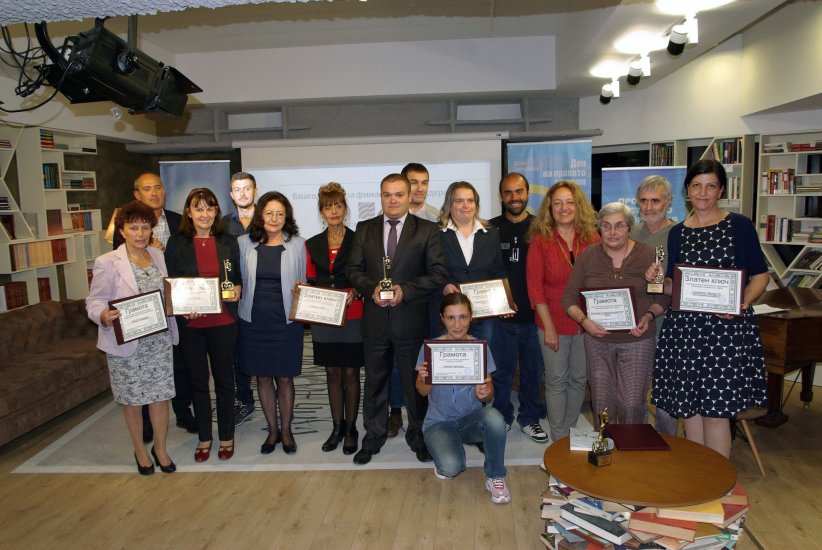 The Access to Information Programme held the 14th Right to Know Day Awards Ceremony on 28 September 2016. Nearly 80 FOI activists from Sofia and the country gathered at the Literature club Peroto (The Quill) in the National Palace of Culture – Sofia. Among the guests were partner NGOs, journalists, academia; officials from executive bodies and municipalities.

The 2016 Right to Know Day Awards Jury selected the winners in six categories out of 41 nominations received through the special web site www.RightToKnowDay.net, AIP e-mail or sent by AIP coordinators in the country. The nominations represent FOI success stories of citizens, NGOs, and journalists.

The 2016 RKD Awards Ceremony opened with the song “Breathe” which was composed in 2011 and dedicated to the event.

Pictures from the ceremony are uploaded at AIP web site http://www.aip-bg.org/about/gallery/104874/ and on Facebook: https://www.facebook.com/AIPbulgaria/timeline/.

The 2016 Right to Know Day Awards winners are: 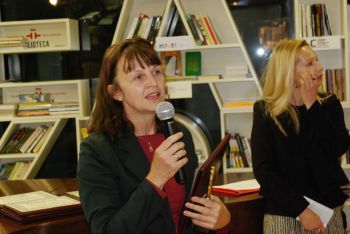 The Golden Key award for a citizen who has most actively exercised their right of information was given to Ms. Marieta Sivkova from the city of Yambol. Ms. Sivkova was recognized with the award for consistent and persistent exercise of the right of access to information to overcome negative tendencies related to local government transparency, making use of all the mechanisms provided by the Access to Public Information Act, including litigation.

Ms. Emilia Gerganova from the city of Lovech for her active use of the Access to Public Information Act (APIA) in a quest for enhanced local government transparency, especially related to effective public participation in the decision-making process. 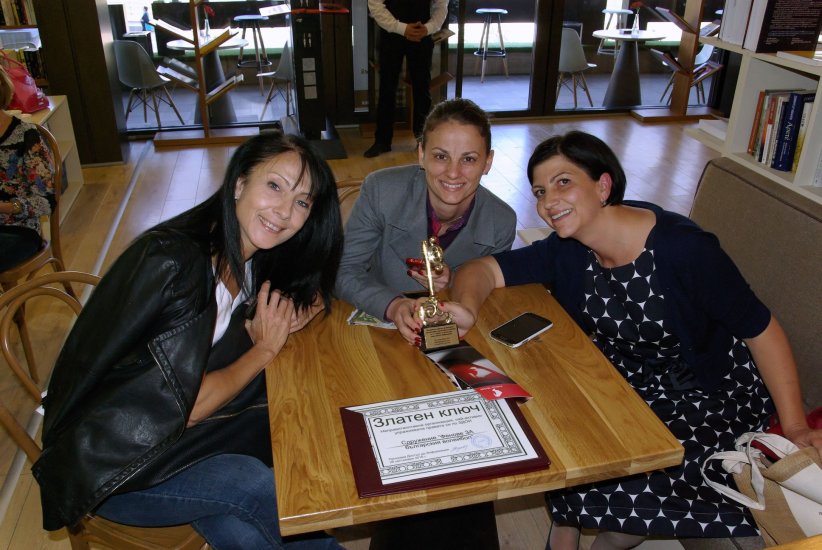 The 2016 Jury decided to recognize the Association “Fans FOR the Bulgarian Volleyball“ with the Golden Key award for actively using the APIA for achieving enhanced transparency in the sports management and administration related to the volleyball.

The Association for Animal Protection – Varna for their consistent and persistent efforts towards the establishment of a transparent and working system for the caretaking of stray animals in the territory of Varna, including litigation under the APIA.

Nonformal civil group “Silistra Breathes” for their active and efficient use of all mechanisms provided by the APIA in their campaign against a municipal project that would have resulted in cutting down 87 healthy sycamore trees in the center of the city of Silistra. 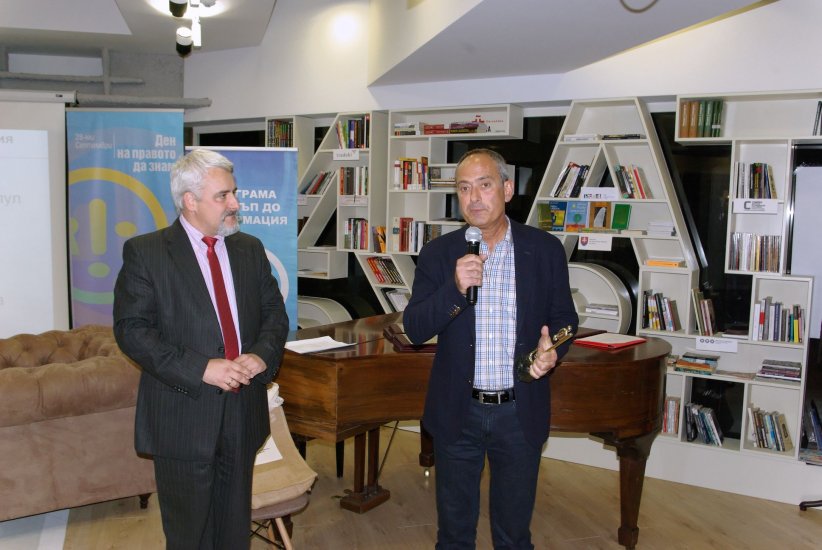 The Golden Key Award for the most efficient use of the APIA by a journalist was presented to Mr. Spas Spasov, a correspondent of Dnevnik daily and Capital weekly in the region of Varna. He was recognized for his consistent and efficient use of the APIA in his investigation about the municipal budget funds allocated to private media in 10 Bulgarian municipalities and the series of analytical articles he has published as a result.

Ms. Tsvetelina Yordanova from Mediapool.bg for using the APIA to raise public awareness on the issue about the access to declassified documents.

Ms. Genka Shikerova from the Nova TV for her long-standing, consistent and efficient use of the APIA, including litigation, for the purposes of her investigations on different topics of public interest during 2016.

Ms. Tanya Petrova from the Sega daily for using the APIA, litigating, and making publications about the lack of transparency related to the financial feasibility of draft laws.

The Municipality of Sliven was recognized as the winner of the 2016 Golden Key Award in the category for an institution which has most efficiently organized the provision of public information. The municipality ranks first in the AIP 2016 Active Transparency Rating and has duly and efficiently implemented the new obligations under the APIA introduced with amendments as of December 2015.

The Regional Inspectorate on Environment and Waters – Pazardzhik for the high level of active transparency, timely responses to access to information requests, and provision of assistance to the requestors. 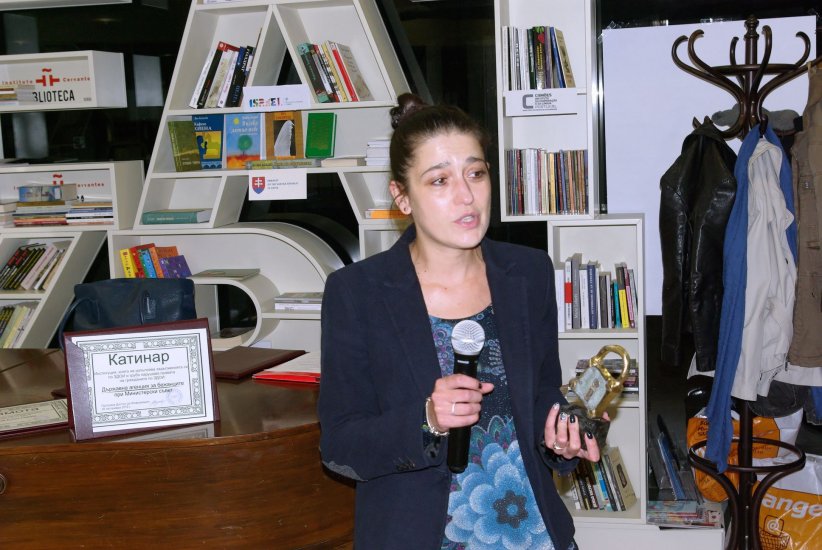 The Padlock anti-award was given to the State Agency for Refugees at the Council of Ministers for persistently ignoring the obligations under the APIA for creating and maintaining an Access to Information section on their website, for not responding to the electronic request filed by the AIP within the 2016 Audit on Active Transparency of public bodies, for not publishing budgets and financial reports on its web site.

For a second time since the AIP has been presenting the Right to Know Day Awards, a representative of the recipient of the anti-award stood up to take the award.

A Dishonorary Diploma was presented to the Municipality of Elin Pelin for not fulfilling their APIA obligations related to the active transparency and for the continuous negative tendency of silent refusals on access to information requests.

The Tied Key anti-award for an absurd access to information case was given to the Energy and Water Regulatory Commission for requesting the legal costs in a case, when the court had repealed the silent refusal of the agency and after the institution had issued a decision granting access to information to the requestor.

On September 28, 2016, the fundraising campaign launched by the AIP via the Indiegogo ended:
https://www.indiegogo.com/projects/28-september-right-to-know-day-awards-ceremony#/.

The organization and holding of the 2016 Right to Know Day in Bulgaria was supported by a grant from the America for Bulgaria Foundation.