Results from 2014 AIP audit on institutional web sites, 2014 Active Transparency Rating for Bulgaria and the 2014 Budget, Financial Transparency and Integrity of Municipalities Map

The results were presented on April 2, 2014 at the Press Club of the Bulgarian News Agency, Sofia.

The aim of the audit, which AIP performs since 2006, is to evaluate how the executive bodies fulfill their obligations for proactive publication of information online under the Access to Public Information Act and other legal regulations and to assess their readiness to respond to electronic requests. 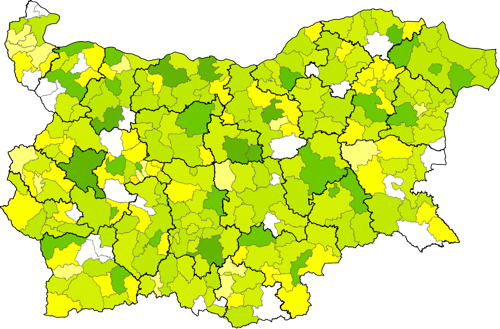 The results are incorporated from AIP Information Management System and are for the first time all available in English. The system allows for attachment of the responses of the institutions on the access to information requests and visualizes the results

Analysis of the results, including findings and conclusions is authored by Gergana Jouleva, AIP Executive Director and is part of AIP annual report Access to Information in Bulgaria 2013.

Comparative data from AIP audits 2011 – 2014 and 2013 Audit results by type of public body are available in English.