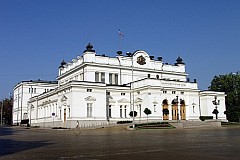 On June 7, 2007, Bulgarian National Assembly passed at the second reading the amendments to the Access to Public Information Act, which have been broadly discussed within the last three months.

Access to Information Programme (AIP) has criticized the amendments when they were introduced in February 2007 due to their apparent contradiction to fundamental freedom of information standards. AIP has also disproved the argument of the MPs, who introduced the draft law, that the amendments would transpose Directive 2003/98/EC of the European Parliament and of the Council on the re-use of public sector information.

As a result of the initiated active public debate with the involvement of a large number of Bulgarian, foreign and international nongovernmental and governmental organizations, Bulgarian media, journalists, public figures and experts, the advocacy of AIP, and the will of some political parties represented in parliament, the initially proposed amendments were considerably changed in a positive way.

The following changes were made between the first and second reading:

• In the final version of the draft law, requestors of access to „public sector information“, are not required to prove their legal interest in obtaining the information. If it had been adopted, that requirement would have violated the Bulgarian Constitution.
• The time frames for responding to a request for public sector information were unified with the currently existing time frames of 14 days, instead of the 20 working days as proposed previously.
• Requestors will only pay fees limited to the actual costs incurred for the provision of information.
• The so called public sector organizations may refuse to provide partial access to documents, only if the provision would require "efforts beyond their ordinary operations."

In addition, some positive and necessary amendments to the APIA were adopted. These amendments were prepared by AIP and introduced by Martin Dimitrov and Ivan Sotirov, MPs from the opposition Union of Democratic Forces, between first and second reading. Sanctions for public servants who fail to comply with the law or do not execute a court decision were increased. An effective mechanism for the imposition of the sanctions was adopted. All administrative structures are obliged to appoint public servants responsible for the provision of public information, and to establish a proper reading room, within 6 months.

Despite these achievements, concerns about the future implementation of the amended law remain due to the introduction of the unclear definition of "public sector information" and the parallel procedure for its provision. And what is left is disappointment from the non-transparent way in which the amendments were introduced in the National Assembly in February 2007, the lack of trust in the civil sector, and the deliberate attempts to weaken a law that has operated for the benefit of the citizens.