Access to Information Programme Was Recognized With the 2011 Human of the Year Special Award  12.12.2011

Access to Information Programme was recognized with a special award for outstanding contribution to the protection and strengthening of human rights in Bulgaria on 9thDecember 2011 in the eve of the International Human Rights Day. The annual awards for contribution to human rights are given by the Bulgarian Helsinki Committee to recognize and celebrate human rights activism since 2008. The winner and the two runner-ups are selected by a six-member jury. An “Audience/Public Choice Award” is also given. In 2011, the jury also bestowed two special awards.

Improvement of transparency practices within the Prosecution has occurred 06.12.2011

The change has occured after successful litigation supported by Access to Information Programme. 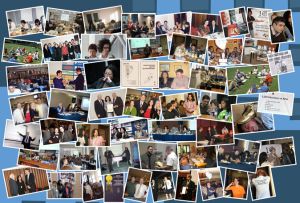 On October 23 Access to Information Programme had its 15thanniversary. AIP team congratulates all its friends and partners, as well as its coordinators in the country.

The 9th Right to Know Day Awards Ceremony in Bulgaria was held on 28 September in the Bulgarian News Agency, Sofia. Access to Information Programme opened the event with the song “Breathe.” The event was broadcast live on Internet. More than hundred people attended the ceremony.  Pictures are available at AIP web site: http://www.aip-bg.org/about/gallery/108773/. The Right to Know Day Awards Committee selected the winners in the six categories out of 59 nominations received through the special web site www.RightToKnowDay.net. 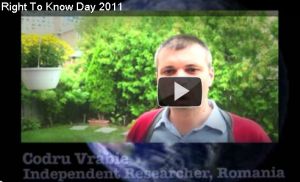 You can also take part in the Annual Awards Ceremony, which Access to Information Programme organizes in Bulgaria for a ninth successive year.

Be our guests on September 28, 2011 at 5 p.m. in the National Press Center of the Bulgarian News Agency (49 Tsarigradsko shose Blvd) in Sofia.

ECHR condemned Bulgaria over the case of journalist Kasabova 20.06.2011

June 8, 2011, a coalition of more than forty civil society groups from twenty countries around the world launched a campaign Make Aid Transparent, which calls on governments and other aid donors to publish more and better information about the money they give. 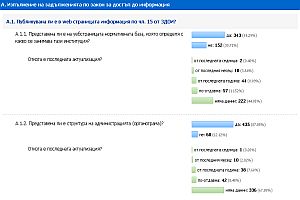 AIP team performed an audit on the institutional web sites within 22.02 - 25.03.2011 with the purpose to evaluate the implementation of the obligations under the Access to Public Information Act (APIA) for online publication of certain categories of information and under other regulations for active disclosure of public information by the executive power bodies at a central, regional, and local level.The analysis and the comparative data for 2010 and 2011 are part of the AIP annual report Access to Information in Bulgaria 2010. 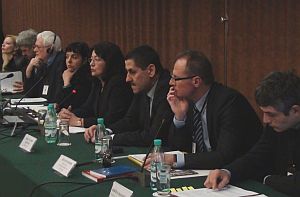 International “Access to Information Litigation in Bulgaria” Conference was held on April 15, 2011 in Sofia 15.04.2011

The conference was organized and held by AIP in the frame of the project Pushing for Accountability of Government through ATI Legal Assistance and Litigation, financed by the Open Society Institute, Human Rights and Governance Grants Program, Budapest. Among the 100 participants were lawyers, judges from administrative courts, representatives of NGOs, media, activists, citizens who have submitted ATI requests and have appealed refusals in the court. Pictures from the conference can be viewed here.

AIP recognized for contribution to the development of civil society in Bulgaria 01.04.2011

On March 31, 2011, at a ceremony in Studio 5 – Sofia, Access to Information Programme was recognized with a Vidko award for contribution to the development of civil society on Bulgaria. The awards are presented by the Civil Association Vidovden and the Civil Movement DNES.

Access to Information Programme (AIP) and Internet Society Bulgaria held the Big Brother Anti-awards ceremony in Bulgaria on February 16, 2011, 11.00, at the National Presscenter of the Bulgarian News Agency. The awards are given to government institutions, private companies, or individuals, who have done the most to invade personal privacy. Among the nominations were: the Parliamentary Standing Subcommittee for oversight and monitoring of application of special intelligence means,  the Minister of Internal Affairs, Alcatel-Lucent Company, Alpha Bank – Bulgaria,  a hospital in the town of Smolian, and even the Electronic Communications Act, effective as of May 10, 2010.

AIP web site is with a new design, dynamic content, interactive structure and improved navigation within the information and training materials. The specialize section How to get access? contains an interactive handbook with practical guidance on how citizens to search and obtain information from obliged institutions. The updated web site is connected with AIP blog Access Point and has the social networks sharing option. The update of AIP web site is within the project Responding to the New Demand for Freedom of Information, supported by a grant from the America for Bulgaria Foundation.