Despite the broad public and media campaign against certain proposed amendments to the Electronic Communications Act, they passed first reading in the parliament on December 22, 2009. Despite the public consultation initiated by the Ministry of Interior, the amendments intend to introduce direct access of the MoI to citizens’ telecommunication data. AIP has led been leading the campaign against uncontrolled access to the telecommunication data for a second successive year.

An Opinion Statement was submitted by AIP to the Parliamentary Internal Security and Public Order Committee  07.10.2009

On October 7, 2009 AIP submitted an Opinion Statement to the Parliamentary Internal Security and Public Order Committee with regard to proposed amendments to the Ministry of Interior Act.

AIP was presented with a Certificate of appreciation by the UNDP- Bulgaria 30.09.2009

On September 30, 2009, AIP was presented with a Certificate of Appreciation in Recognition of a Longstanding Partnership and Committment to the Advancement of the Right to Know and Democratic Governance by the UNDP - Bulgaria. Within the period March 2007 - December 2008 AIP was supported by the UNDP in the implementation of the project Increasing Government Transparency and Accountability through Electronic Access to Information. 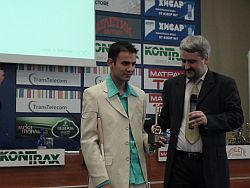 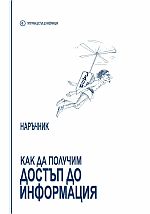 A thirty-minute documentary Right to Know Day was produced by a team of ProMedia - Broadcasting Training Center Foundation within the framework of the project Local Media and Freedom of Information in Bulgaria implemented by The Management&Media Academy/Free Voice and AIP with the financial support of the MATRA Programme of the Dutch Ministry of Foreign Affairs. The movie is in Bulgarian but is accessible with subtitles in English as well.

On 8 May 2009, at a press conference at the Bulgarian News Agency AIP presented its Annual Report Access to Information in Bulgaria, 2008.

National “Access to Information Litigation in Bulgaria” Conference was organized and held on March 27, 2009 in Sofia. The conference was organized and held by AIP in the frame of the project Promotion of Open Government through FOI Legal Assistance and Litigation, financed by the Open Society Institute, Human Rights and Governance Grants Program, Budapest. 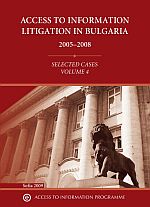 Access to Information Litigation in Bulgaria 2005-2008: Selected Cases, volume 4 is available in English. The book was published in 2008. It contains analytical part, which reviews the main problems related to the court practice with regard to the Access to Public Information Act during the last years. The analysis encompasses the development of both cases related to the exercise of the right of access to public information and to the implementation of the exemptions from the right of access to information. Summaries and twenty-seven decisions on 14 court cases in which AIP legal team has provided legal help, including court representation, were included as appendices to the book.

AIP held the annual meeting with the journalists from the coordinators’ network 06.02.2009

AIP held the annual meeting with the journalists from the coordinators’ network on February 6, 2009 in Sofia.

The meeting was organized within the project Local Media and Freedom of Information in Bulgaria, implemented by The Management&Media Academy/Free Voice and AIP with the financial support of the MATRA Programme of the Dutch Ministry of Foreign Affairs. 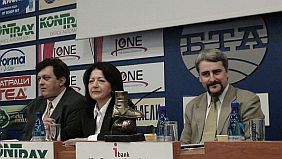 On January 28, 2009, Access to Information Programme and Internet Society Bulgaria organized the Big Brother Awards ceremony. It was held at the National Presscenter of the Bulgarian News Agency. The jury selected an institution and a company that have extensively violated the right to privacy and the protection of personal data for the last year in Bulgaria. These were the Ministry of Interior and the electricity syply company CEZ Distrubution Bulgaria JSC.